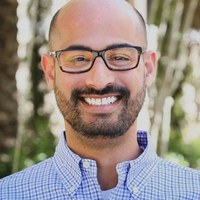 Abraham Khan is a rhetorical scholar who specializes in research on civic engagement and African American politics and social life, with a particular emphasis on black athletes and the history of sports in the United States. Broadly stated, his teaching and research considers the extent to which sport offers productive contributions to struggles for social justice. His book, Curt Flood in the Media: Baseball, Race, and the Demise of the Activist Athlete (University Press of Mississippi, 2012), examines the competing models of public address at work in black political culture in the late 1960s and early 1970s. Finding that Curt Flood, a baseball player who had sued to become a “free agent,” stood awkwardly between prevailing forms of liberal and radical speech, Khan assesses the ways that these modes of civic engagement are brought to bear on our contemporary understanding of sport as an agency of social and political change. Along with additional interests in rhetorics of anti-racism, respectability, and neoliberalism, Khan’s scholarship links our regard for contemporary black athletes, such as Richard Sherman and Michael Sam, to the historical public figures, such as Jackie Robinson and Muhammad Ali, that precede them.