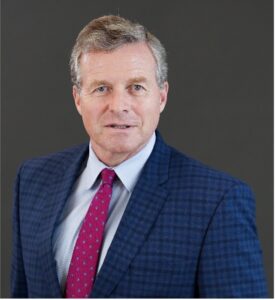 Congressman Charlie Dent is the McCourtney Institute for Democracy’s first Visiting Fellow. He is Executive Director and Vice President of the Aspen Institute Congressional Program and a CNN Political Analyst.

Prior to those positions, Congressman Dent served seven terms in the U.S. House of Representatives representing the 15th Congressional District of Pennsylvania. During his time in Congress, Congressman Dent distinguished himself as a strong, independent leader who is well respected on both sides of the aisle. Congressman Dent was a senior member of the House Appropriations Committee where he chaired the Subcommittee on Military Construction, Veterans Affairs and Related Agencies. Additionally, he served as the Chairman of the House Committee on Ethics from 2015 – 2017.

Congressman Dent holds a Bachelor of Arts in Foreign Service and International Politics from the Pennsylvania State University and a Master’s of Public Administration from Lehigh University. He is a recipient of the Order of Merit from the Federal Republic of Germany. In 2015, Moravian College conferred the honorary degree of Doctor of Laws upon Congressman Dent.