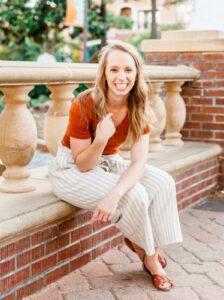 Her project, “Amnesty’s Origins: Federal Power, Peace, and the Public Good in the Long Civil War Era,” explores the roots of the amnesty crisis which occurred at the conclusion of the American Civil War. She examine how Americans understood and used amnesty—or the pardon and oblivion of past acts granted by a government—to resolve conflict, negotiate the meaning of “public good,” and shape the development of the nation-state across the long-19th century.