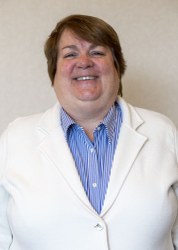 Elizabeth M. King is a recently retired vice president of human resources solutions and services for Starbucks Corporation. During her tenure, the company grew from 1.100 to 24,400 coffee shops with locations in four countries to now nearly 75.  This significant growth provided exciting challenges and opportunities for Elizabeth during her more than 19 years with the company.

In 1997, she joined Starbucks as vice president of retail business systems and served in a variety of roles in both human resources and information technology during her tenure.  She launched the Information Security and Information Management function at Starbucks. In her last role at Starbucks, she managed human resources systems and services, for the company’s 180,000 employees in North America. She also led the implementation of several international systems, including the company’s global payroll system. King is known for talent development and provided numerous advancement opportunities for those on her team.

In 2017, Elizabeth opened a small HR consultancy to address specific, important clients that requested her expertise.