Mood of the Nation Poll

We are partisans for democracy

What does it mean to be a partisan for democracy? We don’t take sides on the political spectrum, but we do defend the rights everyone has as a democratic citizen — from voting to protesting to consuming information from a free press that serves as a check on political leaders.

The McCourtney Institute for Democracy draws from the humanities and social sciences to examine democracy from multiple angles. This cross-discipline collaboration is evident in our research, education, and outreach efforts.

We educate the next generation of democratic citizens through our Nevins Fellows program, monitor attitudes toward democracy with the Mood of the Nation poll, and host speakers and events that bring people from diverse backgrounds and points of view together to discuss the role of democracy in our society.

We make all of this happen in partnership with our centers of excellence, the Center for American Political Responsiveness and the Center for Democratic Deliberation, and many other organizations throughout the College of the Liberal Arts and the broader Penn State community. 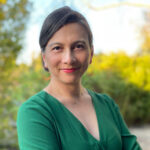 What will it take to make democracy more representative

Why has the underrepresentation of women and racial minorities in elected office proved so persistent? Some experts suggest that women lack sufficient ambition to run for office relative to men, while others say that districts with majority white populations do not provide adequate resources or opportunities for minority candidates to succeed. These approaches tend to treat women and racial minorities as parallel social groups, and fail to account for the ways in which race and gender simultaneously shape candidacy.

In her book, Nowhere to Run, Christian Dyogi Phillips introduces the intersectional model of electoral opportunity, which argues that descriptive representation in elections is shaped by intersecting processes related to race and gender. The book and this conversation shed new light on how multiple dimensions of identity simultaneously shape pathways to candidacy and representation for all groups seeking a seat at the table in American politics.

Phillips is an assistant professor of Political Science at the University of Southern California, and holds affiliations with the USC Institute for Intersectionality and Social Transformation and the USC Dornsife Equity Research Institute. Prior to becoming an academic, Phillips led organizing and political campaigns in the American labor movement.