Our events bring thought-provoking conversations about democracy to the Penn State community and beyond. All events are free and open to anyone, both in-person and online.

Aristotle’s Rhetoric Through Arab Eyes: The Commentaries of Al-Farabi, Avicenna, and Averroes 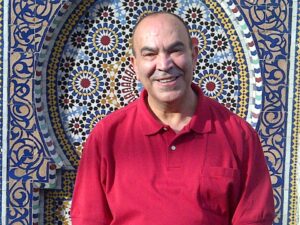 Drawing upon his work over the last 20 years, Ezzaher will share some key characteristics in the commentaries of Al-Farabi, Avicenna, and Averroes on Aristotle’s Rhetoric. This event is presented as part of the Center for Democratic Deliberation lecture series.

On Shores and Borderlands: Experiences of Linguistic Alienation in Derrida and Anzaldúa 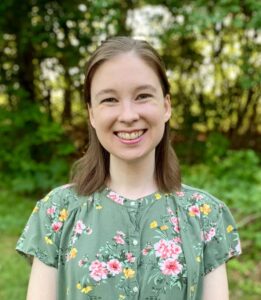 Drawing on the works of Jacques Derrida and Gloria Anzaldúa, this talk analyzes the phenomenon of linguistic alienation that marginalized subjects experience under colonialism. Derrida, who grew up Jewish in French colonial Algeria, and Anzaldúa, who grew up Chicana in South Texas, on the border of the U.S. and Mexico, give resonant accounts of their childhoods as defined by a sense of living on the edge, torn between cultures. Taken together, both thinkers reveal the inextricable relationship between their identities and the languages they speak. The colonial devaluation and suppression of their language leads to a feeling of alienation not only from their native language, but also a loss of their very sense of self. Both thinkers show, however, that shores and borderlands can be more than sites of oppressive alienation. Shores and borderlands can become fertile grounds for what seems impossible: the creation of new, resistant languages and identities.

Sarah Carey is a Ph.D. candidate in Philosophy at Penn State. Originally from Oregon, she earned her B.A. in Philosophy from the University of Oregon. Her research areas include feminist philosophy, 20th-century French philosophy, ethics, and decolonial theory. She has presented her work at forums such as the Latina/x Feminisms Roundtable and the international Derrida Today conference. She will defend her dissertation during summer 2023. 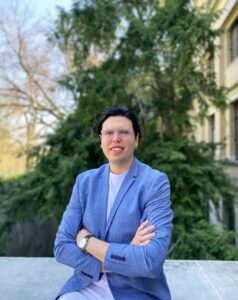 The talk is a meditation on the possibilities of augmenting pluriversal futures. The politics of our current moment, with the escalation of human induced climate change, call for a reorientation in the ways we do rhetoric. Unrealism, both as a problem and a possibility, is a response to the limits of colonial times we were born to live. By reflecting on my own story of migration, the histories of friars that narrate European invasion upon the lands and waters of Originary nations, and the traces of resilience from a colonial archive, my dissertation Undocumented Times: Rhetorics of a Colonial Moment asks us to imagine beyond the confines of the politics of intelligibility.

Ismael Quiñones is a Ph.D. candidate at the Communication Arts & Sciences department. His work has been published in Quarterly Journal of Speech, Philosophy & Rhetoric, and Communication Education. He will graduate in summer 2023.

In The Third Reconstruction, historian Peniel E. Joseph offers a powerful and personal new interpretation of recent history. The racial reckoning that unfolded in 2020, he argues, marked the climax of a Third Reconstruction: a new struggle for citizenship and dignity for Black Americans, just as momentous as the movements that arose after the Civil War and during the civil rights era.

Joseph draws revealing connections and insights across centuries as he traces this Third Reconstruction from the election of Barack Obama to the rise of Black Lives Matter to the failed assault on the Capitol. Joseph is based at the University of Texas at Austin, where he holds the following titles: Associate Dean for Justice, Equity, Diversity and Inclusion; Professor of Public Affairs; Barbara Jordan Chair in Ethics and Political Values; Founding Director, Center for the Study of Race and Democracy.

This event is sponsored by the McCourtney Institute for Democracy and the Richards Civil War Era Center. 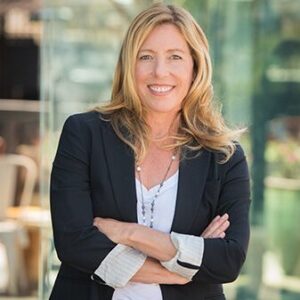 Over the last two decades, the number of active civil wars around the world has almost doubled. Walter reveals the warning signs— where wars tend to start, who initiates them, what triggers them— and why some countries tip over into conflict while others remain stable. Drawing on the latest international research and lessons from over twenty countries, Walter identifies the crucial risk factors, from democratic backsliding to factionalization and the politics of resentment in her best-selling book, How Civil Wars Start.

Walter is the Rohr Professor of International Relations at the School of Global Policy and Strategy at the University of California, San Diego. A life member of the Council on Foreign Relations, Walter helps to run the award-winning blog Political Violence at a Glance and has written for The Washington Post, The Wall Street Journal, Los Angeles Times, Reuters, and Foreign Affairs.