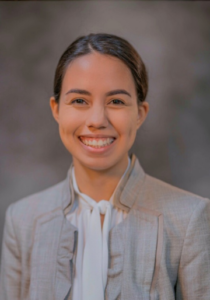 For this week’s interview, we had the pleasure of sitting down with Lesley Cosme. Lesley is a junior who double majors in Digital and Print Journalism and Political Science. She is currently a general assignment reporter for the Daily Collegian. In the past, Lesley has worked for the Centre County Democratic Committee and has been a part of the College Democrats. The following is an abbreviated version of our 25-minute interview:

I would say that it’s not just about voting or participating, it’s about talking it through. It’s about civilly discussing politics. I went to this speech, where the presenter was basically talking about listening and empathy. He argued that the politics in the United States is so divided because people are not willing to listen to each other anymore. Some people can’t relate to something, so they immediately stop listening, but if we have more empathy, we could actually care about each other more.

How does your organization apply democratic deliberation?

We practice our First Amendment rights at the Daily Collegian. We have a responsibility to get the truth from other people and tell their story. We retrieve the news and spread the message in a constructive way. As a normal person you don’t have the opportunity to speak to people with such different opinions all the time. But as a journalist, when you tell these people’s stories you get to listen to a lot of different opinions. When you’re with an organization and spreading someone’s message, you get to meet so many different people with different messages.

I definitely think things in the United States are getting worse. Perhaps that could change when the 2020 election comes around, but ever since the change of political landscape recently, things will not get better. Going back to what I was saying about empathy, I don’t want to say that empathy is completely gone because I know some people still have it in them. I do think that people have much less empathy than say, 10 years ago, though.

I think some people are really good at getting their message across. However, with Twitter it’s so much harder to have civil discourse. If you’re having a conversation with someone you’ve never spoken with or met before, you’re not going to exactly be nice or polite with them.

I would say hatred towards other people. We were at a point before where it was acceptable to not be openly racist and sexist. But because of the new political landscape, the rhetoric has changed. It angers me that racism is so much more open now that it has been in decades. I definitely think there’s more hatred than there’s been ever before. Our leaders are supposed to be our role models, but if people see what our leaders are saying and doing, they’ll take after them and their ideas.

When I worked at the Centre County Democratic Committee, my partner and I would go door-to-door trying to inform people. Oftentimes we would go into very conservative areas and would talk to a lot of Republicans. Many of them were really open and willing to listen, and sometimes we would even change their minds about certain things. It’s amazing how much can be done when you’re just talking to someone.

I feel like there are so many inspirational stories out there. Young people have inspired me a lot, these Parkland students have done a great job. Also, the women that are a part of the #MeToo movement are amazing as well. People coming together and fighting for what they want is really inspirational. I feel like my job is to speak out and try to expose the truth and speak out for what I believe in, and when I see other people doing that so boldly, it makes me want to continue being a Journalist. It’s people who stand up for what they believe in that makes me proud.

When people stand up for each other, even if they’re not the same race or sex, gives me a lot of hope. When I see a man stand up in support of women’s rights, then that makes me happy. When someone stands up for the little guy restores my faith in humanity.