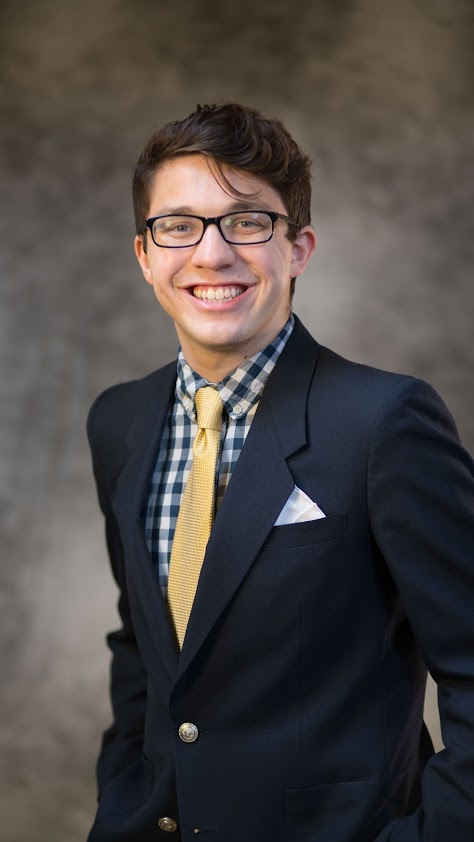 My understanding of democratic deliberation is that it’s anyone having an open dialogue about politics. It doesn’t matter who it is, or the circumstances around it, as long as people are communicating about a certain issue in which there is more than two points of view. The size doesn’t matter either – It could be two people, a group of people, thousands of people deliberating on one thing. I see deliberation as that open communication between different groups.

How do you believe democratic deliberation is functioning on the national level?

I think in a lot of ways that deliberation in the United States is the most polarized it has ever been. We live in a very divisive time. It’s not about deliberation, it’s about your own group, and it’s about the in-group and out-group phenomena of exclusion and inclusion, instead of actually discussing issues. There are a lot of factors that play into this. I think social media plays a large factor in it, money in politics, the news media, the actions and behaviors of our politicians and leaders. There is a lot of negativity and not a lot of productivity in terms of democratic deliberation in the United States. In the past three or so years, things have really gone downhill.

If you could create an ideal deliberation, what would you include in it?

It would be a debate. Like a Lincoln-Douglas debate. One person represents one point of view, another person represents the opposing point of view, and there’s a moderator. That’s the most ideal sense of deliberation for me because it’s the barebones, minimalistic version and in a lot of ways it can be the most appealing and constructive. A lot of times a one-on-one with a person is the most intimate and because of that you can really get to the heart of the issue and not dance around it. Even without a moderator this could be productive. But given the negative nature of deliberation right now, a moderator between two people, or really three people, is the best way to handle a democratic deliberation. These sorts of micro-conversations can really aggregate and develop into something more productive.

What would you say is the core connecting theme – or core difference – between the interviews you have conducted for Penn State Deliberates?

I think there were two things that every interview had in common. One of them is that every person I interviewed was between the ages of 18 and 22, so they understood the importance of social media. So they all talked about the negative impact of social media on deliberation. They basically said that having a dialogue online is not constructive, it’s combative, and it’s not a good conversation to have because you’re not feeling that person out in a one-on-one, you’re not looking into their eyes, you only see them as an avatar or as a Twitter handle. You have no empathy for that person. Instead of a discussion, you’re attacking that person’s character or something other than the issue. The other thing that’s a shared component of everyone I interviewed is that they all said you can find humanity in deliberation. That has not gone away. Even though it seems humanity may be lost, you can still find it when you talk to another person and when you discuss your differences.

What would you say is the greatest personal insight you gained from conducting these interviews?

I learned a lot about where people get their opinions from, and how they communicate with people. I had learned before that the number one indicator for someone’s political party is the political party of their parents. That’s where the highest correlation is, it’s not where you were born or your views on a certain issue. I have discovered that to be true in doing this. It’s all about how people were raised and the views they had from a young age. Some people break-off from that in a rebellious way, like Vice President Mike Pence’s daughter being liberal. You’ll find those people, but 90% of people will just go with the values and ideologies their parents have taught them. When you’re taught these values, a lot of them are rooted in politics, and you can share them in political discussions. So it’s really hard to change someone’s opinion about something. I always try to present facts and give my point of view during a deliberation, but it’s very hard to change someone’s mind because it’s so much a part of them. Your ideology is so deep-rooted and group and team based. You choose a side, and it’s established from a young age.

How would you assess the roadblocks surrounding deliberation in the Penn State community?

I think lack of diversity is the number one problem. I went to Penn State Abington for two years. That’s the most diverse campus, where more than 50% of students are people of color. My sense of deliberation on that campus was way stronger than it is on this (University Park) campus. I think with more diversity on campus people would be able to have more open dialogues about important issues. Just a month ago, a 29-year-old black man was shot during a mental health check-up by a police office, and if that happened near Abington, everyone would be talking about it, everyone would have an opinion on it that would be appreciated. Here, I didn’t hear anyone talking about that issue. It kind of got swept under the rug. And that’s because there are not a lot of people of color on campus to actually discuss these issues or bring light to some of these stories we hear. So I think lack of diversity on campus is the number one deterrent to democratic deliberation here. I think Penn State is great at deliberation in many ways, such as Latino and Black Caucus finally getting seats on UPUA this year. That’s a great step forward. I’ve seen the power they can wield and impact they can make with even the small numbers they hold on campus. If that percentage increases, you will see deliberation become even stronger.

What makes you angry in our present democracy?

The sense of fighting. There is this internet community, with people like Ben Shapiro or Milo Yiannopoulos, where you see videos that say, “Ben Shapiro DESTROYS Feminist SJW,” and that bothers me the most. It’s so anti-democratic. It’s so un-empathetic toward other people’s points of view. I’ve heard guys like Ben Shapiro says things like, “The only reason you should ever have a conversation with a liberal is to destroy them and to own them in a fight.” I could not disagree with that more. It’s not about fighting and it’s not about owning the other side. This isn’t sports. This is real life. This is politics. It’s become so macho and has these super masculine mannerisms and it’s completely against everything I believe in. And social media perpetuates this as well, because people want to see a liberal getting owned or a person in a MAGA hat getting pepper sprayed in the face. And that’s wrong. Instead of seeing the other point of view, and being understanding in the way you talk about things, it’s a competition and it’s a group dynamic. I think that further polarizes us. I see that, among young people, as the number one thing that really polarizes us, that sense of winning instead of coming to a compromise. It’s not about finding common ground. That’s what makes me angry.

What makes you hopeful in our present democracy?

The influence of young people. Young people have been able to make such an impact. I think of the Parkland students right away. The fact that they were able to establish the “March for Our Lives” rally. And just being a part of the College Democrats and all these different groups on campus and talking with people in the College Republicans, and just the people they were able to bring to campus. Last week, Donald Trump Jr. and DeRay Mckesson came to campus. Two complete giants on both sides. The fact that kids our age were able to bring them here is impressive. And I think young people are really getting it, understanding the ownership that they have to take over some of these issues, whether its climate change or gun reform or anything. They understand how much power they could have and they are taking advantage of it. I think young people, even though it’s such a platitude, are the future. It’s really impressive to me to see what kids are able to achieve, kids younger than I am. That’s what makes me hopeful. That there are people out there still fighting for change. And I look forward to seeing what young people in the future are able to do.