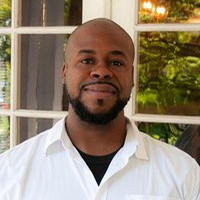 His research interests include racial, ethnic, and gender differences in civic involvement; the formation and mutability of social identity; campaigns and elections; and other topics. He has published dozens of book chapters, manuscripts, and peer-reviewed journal articles and is co-author of Losing Power: Americans and Racial Polarization in Tennessee Politics, a book in progress under advance contract with the University of Georgia Press. Since 2005, Ray has received 15 research and faculty grants and awards, including the Wisconsin Teaching Fellows Award and a pre-doctoral fellowship from Middle Tennessee State University. He serves as co-chair of the public opinion and political participation section of the National Conference of Black Political Scientists, as an analyst for both the African American Research Collaborative and Latino Decisions, and as faculty coach for the National Center for Faculty Development & Diversity. Dr. Block is a member of several professional organizations including the American Political Science Association and the Society for Political Methodology.